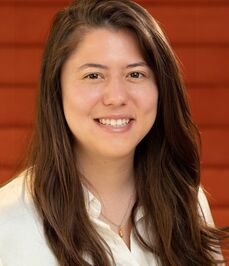 Annika Lok Yin Feign
I am a video producer and editor raised in Hong Kong and London. From a young age I spent my time running around my rural village with a camera glued to my hand, forcing my friends to make absurd music videos. What started off as a hobby turned into countless hours of “research” at the cinema. Much to the dismay of my parents, who thought the fact I dismantled everything I could get my hands on meant I would be an engineer. I finally put their worries to rest by attending the University of Southern California’s School of Cinematic Arts.

At University I explored all facets of the industry through work and internships with major and independent studios. Eventually being drawn to the intensely creative and technical world of editing. To the surprise of my peers, I chose to leave the glitz and glam of Hollywood and take my knowledge back to Asia and Europe.

I have since worked primarily as a freelance video editor on projects for AIDs Concern, Sports Illustrated Asia, TEDx and BBC Worldwide. As well as completing my first feature length documentary: The Helper, which follows Hong Kong's domestic worker community, uncovering their inspiring combination of grit, pride, an determination that drives them. Where I was nominated for best editing at the 2020 PPP Film awards that is organised by the Film Development Council of the Philippines.

During 2021, I lead a team to produce Salesforce's online conferences for APAC, India, and Australia & New Zealand. For each conference we produced and edited between 50-100 that were delivered within a 2 month timeframe.

I have now shifted focus into the crypto/blockchain space where I create visual content for a variety of companies. Whether that be animated educational videos and articles, to short GIFs and podcasts.